This time a 1992 Porsche 965 turbo in black with a 3,3 liter (201,378 cubic inch) engine “serves” as base vehicle. As far as the history of the car is concerned, until 1997 it existed as an untouched standard production car in Germany. In the same year – commissioned by the second owner – the conversion into a polar silver 935-dpIII race car replica with road approval started. It should remain the only one of its kind!

As early as the mid 1980s, the dp935 cars were successfully used in the german motorsport scene. In order to apply the most powerful expansion level, the IMSA-engines of the Porsche 962 series were ordered at Porsche separately and implanted into these race cars. This was followed by diverse overall victories and championships with these turbo-high-achievers. As of 1995 the third stage of the car body expansion based on a Porsche 965 joined the team. Only five of these vehicles were built and operated in the German motorsport extremely successful, particularly with the driver-brothers Jürgen and Uwe Alzen.

And exactly in this polar silver shade with color stripes, the vehicle was built up for public roads on base of the 965. For that purpose the body parts were made of high-grade fibre glass with diverse carbon fiber reinforcements. The engine got an upgrade to approximately 450 hp (= 330 kW). Beside an adjustable sport-suspension by H&R and an Unibal strut bearing, an adjustable strut brace was installed as well. The adequate wheel-tire-combination consists of three-piece RH aluminum rims in cup-design in 9×18 with tires in 245/40-18 on the front axle and in 12,5×18 with 335/30-18 on the rear axle.

Prior to the delivery of the 935-dpIII in early 2018 to a sports car dealership in Miami (Florida/USA), a newly manufactured stainless steel exhaust system was installed. 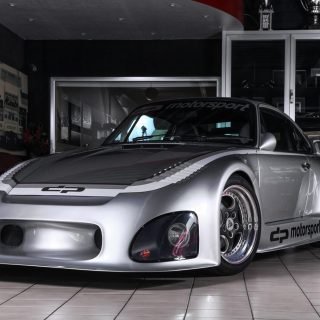 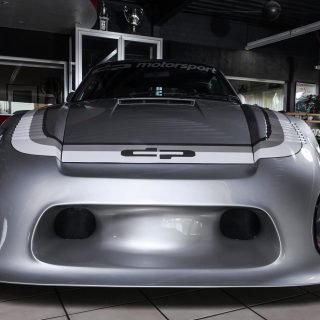 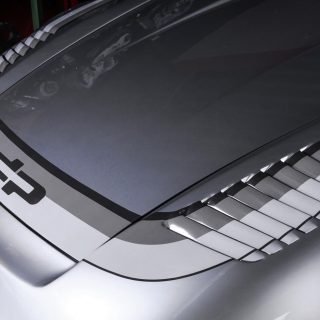 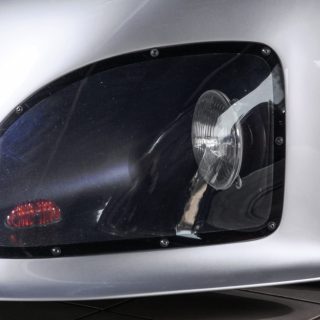 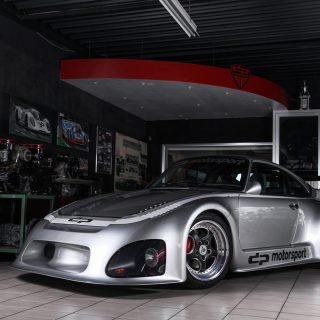 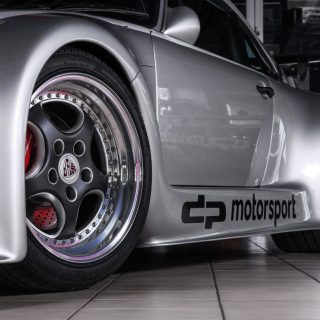 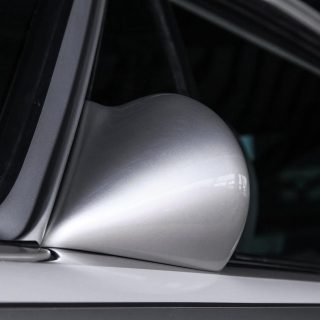 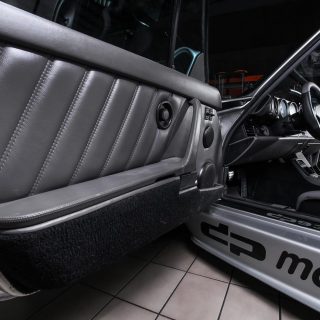 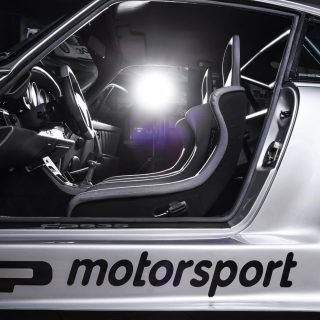 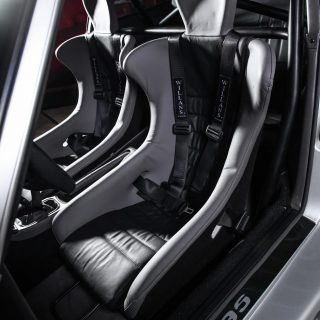 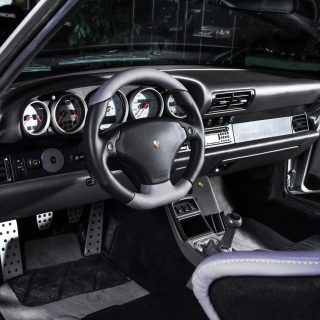 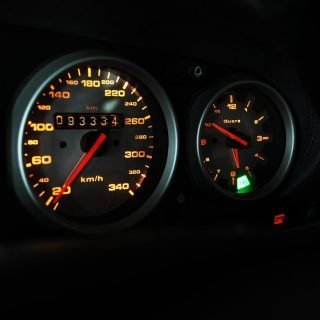 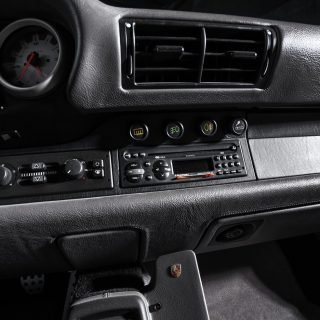 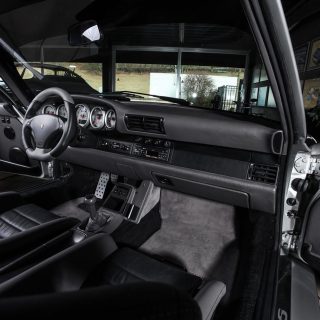 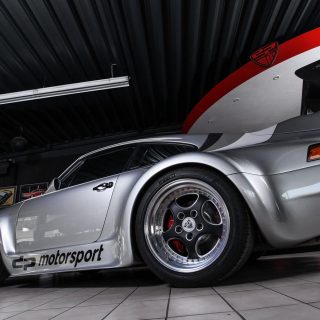 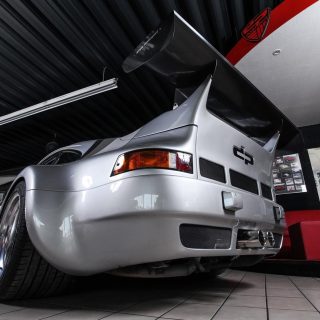 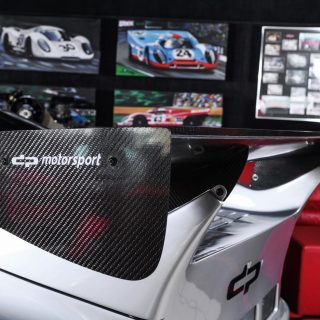 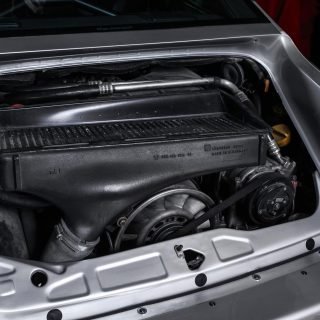 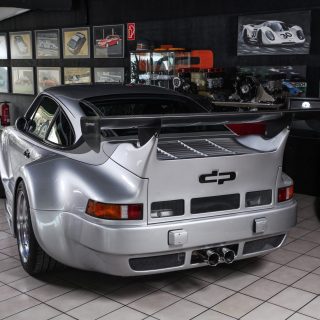 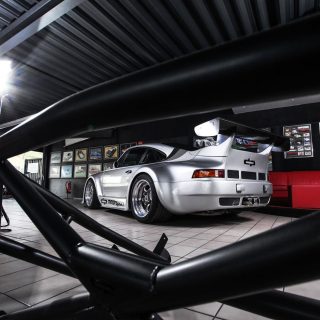